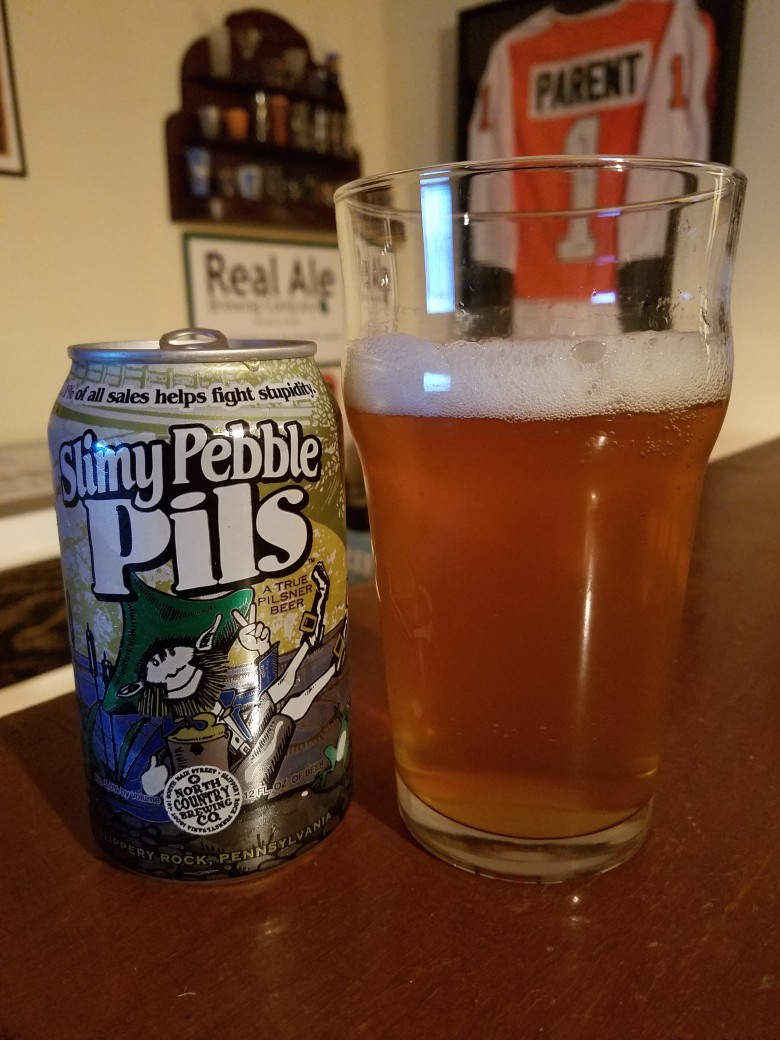 10 is perfection, and is almost unattainable. Anything below a 6 is undrinkable.

I purchase different beers because I like trying different ones from different brewers.  The one I had this time is Slimy Pebble Pils from North Country Brewing Company.

Slimy Pebble Pils has a small, fizzy head that is white in color.  The head dissipates quickly and settles to a small layer on the brew. It has a gold body color, a slight hazy clarity and the carbonation is soft.

Fighting stupidity is a good cause.

The aroma is that of biscuit, gains and hay and a perfume-like presence.

The taste has notes of cereal grains, hay, and a grassy hop flavor.  It finishes with a honey-like sweetness from the malt that lingers a little too long.  There isn’t a crispness that I was hoping for, more of a lemony finish.  Something about this beer is off.

I was not a fan of Slimy Pebble Pils and I don’t think I would purchase it again.  I would try it one more time to verify if I received a bad can, but I would wait for someone else to buy it for me.