Cloudy with a Chance of Charcuterie – Free Will Brewing Co. 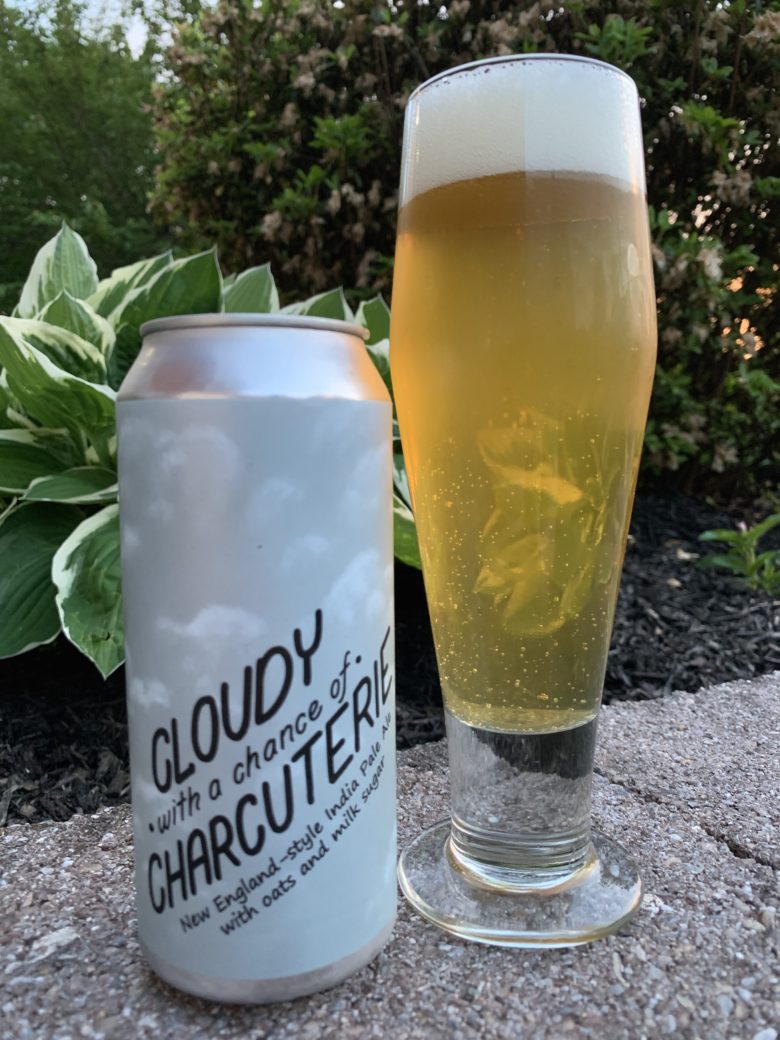 10 is perfection, and is almost unattainable. Anything below a 6 is undrinkable.

Swapping beers is a good way to try different ones that you you might now have had an opportunity to purchase. This review is on a beer that I received from my friend.

Cloudy with a Chance of Charcuterie is a New England IPA from Free Will Brewing Co. It comes in a 16oz. can and make sure it is chilled.

When poured in the glass, it has a slight hazy-gold clarity with soft carbonation. The head was two fingers high, foamy in texture, white in color and dissipated slowly. Pineapple, peach and pine are on the aroma with citrus in there as well. After a couple of sips, I get notes of grapefruit, pine, orange-citrus and pineapple and an earthiness in the background. There is also a sweetness and a nice medium mouthfeel that is provided by the lactose and also lends a silkiness to the beer.

Cloudy with a Chance of Charcuterie is a fine beer. It is not a juicy as other NEIPA’s but that doesn’t matter. The beer has nice flavor and is an easy drinking one as well.