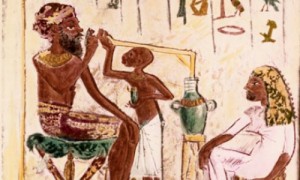 Beer.  It’s a beverage that has been created by humans for thousands of years. It took many years to find out what actually made beer………beer. The trials and errors to perfect the steps to get water, grains, hops and the mysterious ingredient – yeast, to create this drink we call beer.

Years of creating and perfecting. The discovery of the different varieties of hops to create the different flavors, both subtle and intense.  The different grains that lend different characteristics when brewed. The different styles, porter, lager, ale, stout, Belgium, IPA, lambic, etc.

There are some great beers out there to be tasted and enjoyed.  So many brewers create their version of a beer that they enjoy. And they create these beers for you so that you are able to discover what inspired them to brew beer.

And what beer sells here in America?  Coors Light. Miller Lite. Bud Light.  Three tasteless beers that pay zero tribute to those long ago ancestors that paved the way to create beer that has body, aroma and flavor.  And how do “The Big Three” get you to buy this shitty garbage?  The Coors Light wide-mouthed can.  The Miller Lite Triple-hopped farce. The Vortex bottle. The Coors Light cold-activation label.

Let’s start with the Wide-mouthed can.  Coors Light’s logic is if your beer pours out faster, it will enhance the drinking experience. Well, that’s what they want you to think.  When you pour a Yard’s IPA or a Samuel Adams Boston Lager into a glass, the act of pouring will awaken the aroma in the beer. Since Coors Light was no hop aroma, why pour it? The wide mouthed can is made for 18 year old kids to pound the beers faster. To enhance the drinking experience, use quality grains and hops in a quantity that give color and have some hop taste to it.

Speaking of hops and hop quantities, let’s discuss the Miller Lite façade of the “Triple Hopped” beer they are advertising.  When beer is brewed, gains are cooked in a process called mashing.  When brewing beer, hops are added at three different stages: 1) at the initial cooking of the wort to control the sweetness of the malted grains, 2) later in the boil to add flavor and 3) usually and the very end of the boil to add aroma.  Then, yeast is added and the beer is set aside to ferment and then bottled when fermentation is completed.  A majority of beers are triple hopped.  That’s like a winery saying that their blended wine is made with two different wines.  No shit!!! I think what Miller Lite means is that that they add just three hops flowers. There is absolutely no hop flavor or aroma in that beer.

The Coors Light Cold Activation label. Do you really need to look at the bottle and check to see if the mountains are blue that the beer is cold?  That is why we have hands. If it feels cold, then the beer is cold.  Have we become that lazy???

The Coors Light mini-coach promotion.  These ads blow and are very sad to watch.  Old football coaches being paid money to act like a bunch of douche-nozzles.

Coors Light’s “Frost Brewed” and “Cold filtered” scams are also frustrating. When beer is brewed it is cooked.  So how do you frost-cook something?? And how does cold filtering enhance beer flavor? It doesn’t.  It is for clarity.  And when the beer you make is basically water, you can’t get any clearer than that.

What it comes down to is that beer should be about the taste, the aroma, the whole experience. Not about what some goofy-ass commercial tells you what is beer.  Buy local beers at your distributor. Support those brewers who are crafting beer, not pumping out tasteless product. Enjoy beer made from people who enjoy great tasting beer. Try a new beer. Discover beer! Discover life!