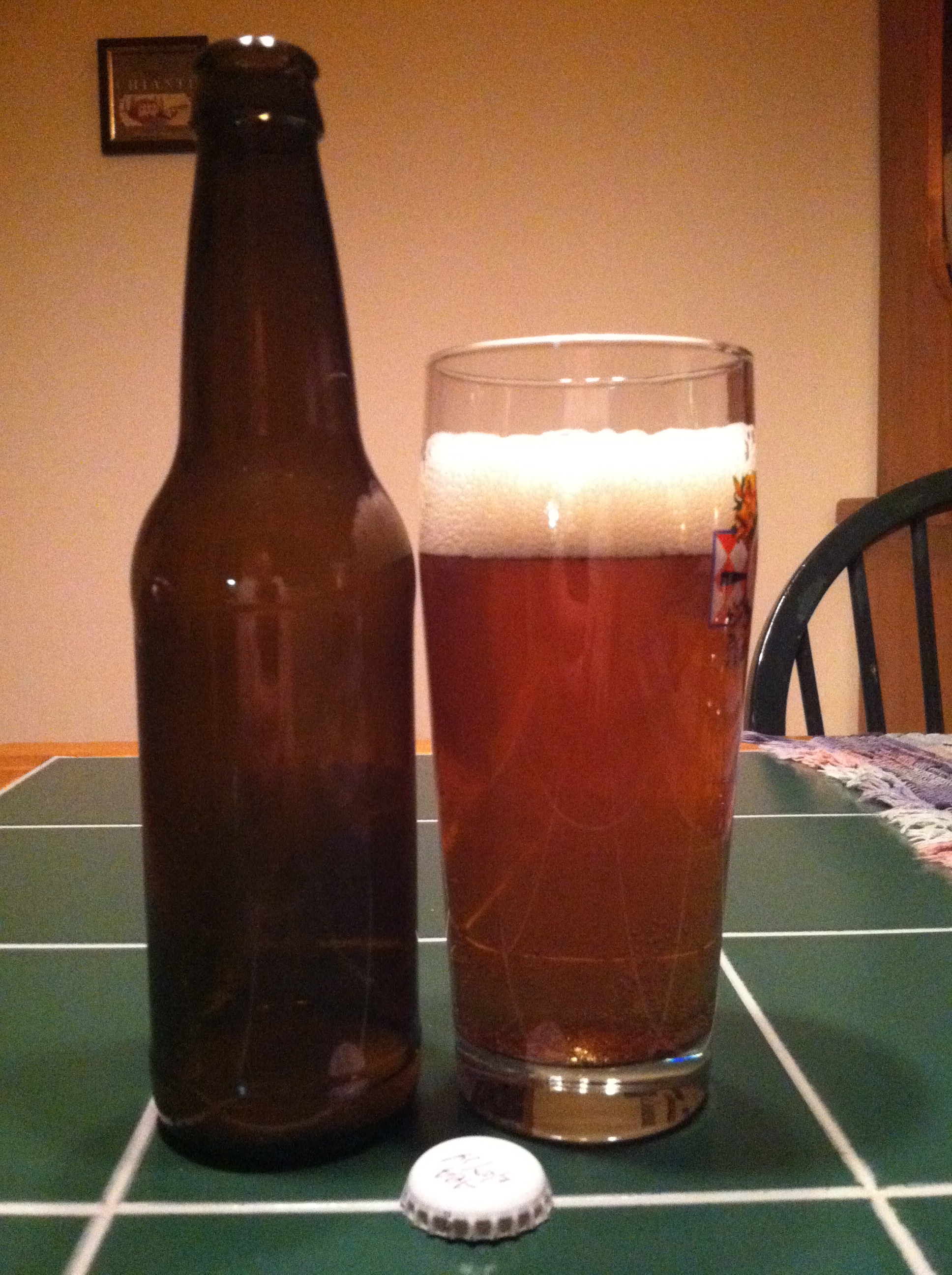 I love Sierra Nevada’s Pale Ale.  I love how refreshing the beer is and the fresh citrus-tasting hops. So when I made the step to go all grain brewing, my first all-grain recipe, my  choice was naturally a clone of Sierra Nevada’s Pale Ale. The grain bill is 11 lbs. of American 2-row pale malt and 4 oz. of crystal malt. I used a single infusion mash. The hop selection is: 1 oz. of Nugget for the bittering hops, .5 oz. of Perle is the flavor hop and .5 oz. of Cascade was used to dry hop.

Here are some pictures that I took during the process of brewing this beer.  I didn’t take step-by-step pictures but just a few throughout so you can see what went into this beer. 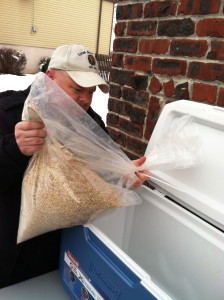 Here I am adding the 11 lbs. of grain into the mash-tun. This is the vessel that the grains steep in to extract the fermentable sugars.

Here are the grains that have been steeped in the mash-tun. The hot water has pulled the fermentable sugars out and will be drained into the brew pot.

The brew pot has been filled with the sparged grains and is set to boil. The hops have been added and it will boil for 90 minutes, adding specialty hops throughout the boil.

After seven days of Fermentation:

After brewing the wort, it was poured into the fermenting bucket, the yeast added and then left to ferment for seven days. During this time the yeast that was added to the wort eats the sugars that were extracted from the grain and converts this into alcohol. 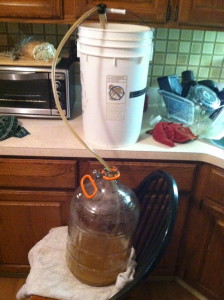 Here I am siphoning the beer into the glass carboy (the second fermenter) for clarification. The yeast is still active, doing it’s job. There are still seven more days to ferment.

Here is the view into the fermenting bucket where the yeast did it’s job and converted the sugar to alcohol. You can see the mark where the kraeusen topped off. This is the residue from the yeast.

I dry hopped this beer using Cascade hops. This means adding hops into the still fermenting beer to add more hop aroma and flavor to the final product. The hops are placed into a muslin bag and placed into the carboy. 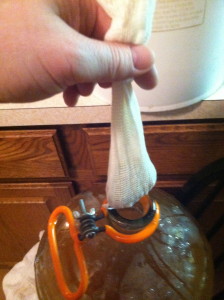 Adding the hops to the carboy for the dry-hop method. This step will add fresh hop flavor and aroma.

The hops have been added and the air-lock has been placed on the carboy. The air-lock will keep the air out but allow the gas to exit the carboy.

After this step, the beer stayed in the secondary fermenter for seven more days.  That is a total of 2 weeks of fermentation.  At the end to the two weeks it is time to bottle.

On bottling day, I transfer the beer that is in the second fermenter and into the bottling bucket.  I boil a pint of water and add 3/4 cup of priming sugar to make, well…… sugar-water.  This sugar-water is added to the bucket and mixed with the beer.  When it is bottled, the small remaining amount of yeast alive in the beer will eat this sugar and the by-product will be the carbonation in the beer. Since the CO2 can’t escape from the bottle, it naturally infuses into the beer. The bottling bucket has a spigot and a tube that allows me to fill each bottle.  I then manually cap each bottle. 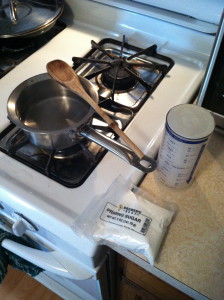 Here is the priming sugar and the pint of water. 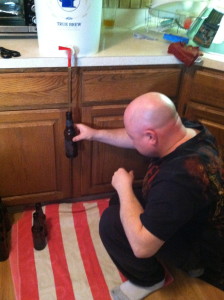 Here I am filling up the beer bottles. It will end up filling 48 bottles – two cases of beer. 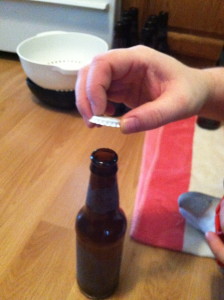 Placing the serialized bottle cap on the bottle.

Sealing the bottle cap with the manual bottle capper. Now it’s time to wait 2 weeks for the beer to carbonate.

After two weeks of conditioning in the bottles, I take a taste of the beer.  It’s good, but I can do way better.  I had some problems with the mashing temperatures on the brew day when adding the water to the mash-tun.  I ended up having to heat more water to raise the temperature to reach sugar conversion, which basically watered the brew down. From start to finish it took a month to get to the final product : 2 weeks fermenting and 2 week bottle conditioning. For around $35 I was able to make 2 cases of beer.

All-in-all, it turned out well.  The flavor is there, it just is a very light-bodied beer.  Lighter than I wanted it to be.  I’ll be brewing this one again so I can get it right.  At least it will be fun to keep trying. 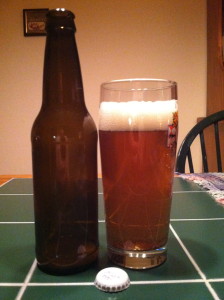 Here it is! Nice head on the beer. I love the color and the clarity is good also. Just too light in body.